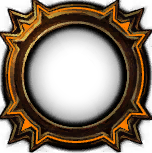 Influence is a notable passive skill that grants increased effect magnitude for auras cast by the character.

Influence is located in the top right area of the tree, just above the Shadow starting area. It is in a cluster of 3 nodes with a Reduced Mana Reservation node and an Aura Effect node.