At the end of a race you will be rewarded with Points; the amount depends on the type of the race and how many requirements you have met. A summary of your points can be found on your profile at the Path of Exile website or on the Season Events Schedule.

There are now additional random Unique item prizes awarded at the end of every event. They are given to people randomly based on how many points they earned. Players who achieve more have a higher chance of receiving one, but anyone who earnt any points has a chance. The exact Uniques and their quantities given out per race will be shown in the forum thread that describes the race. The Uniques are from the same set that the Race Points award.

All items are item level 100 and feature an alternate 2D art only available in this season.

The following players all received an alternate art 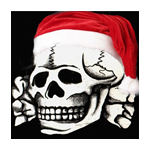