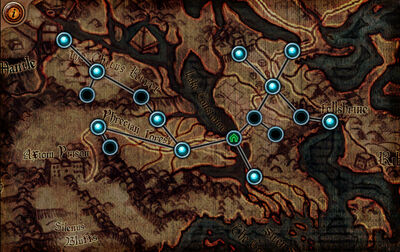 Act Two is Path of Exile's second storyline act. In this act , the exile is driven farther inland. Among the forests, riverways and caves, groups of bandits have built fortified camps and openly challenge one another while extorting food and supplies from a small, struggling village. In the north, an ancient Vaal spirit is stirring in the dark.

It covers monster levels 13–23. Its town is The Forest Encampment.