Call of the Brotherhood

View source
Not to be confused with Badge of the Brotherhood.
Call of the Brotherhood
Two-Stone RingRequires Level 20+(12-16)% to Cold and Lightning Resistances+(15-25) to Intelligence
(15-25)% increased Lightning Damage
(30-40)% increased Mana Regeneration Rate
40% of Lightning Damage Converted to Cold Damage
Your spells have 100% chance to Shock against Frozen EnemiesForged by three brothers
so that they may recognize each other
across any distance of time or travel.

Call of the Brotherhood is a unique sapphire and topaz

If you achieve 100% conversion of your lightning damage to cold damage, e.g. with two legacy Call of the Brotherhood rings, you can no longer shock, because you have to deal some lightning damage to inflict a shock with none-zero magnitude. This holds even if:

There are some exceptions to this:

In recent patches (3.13, 3.14~ish and may be earlier), this item has a lower probability to drop, to obtain from 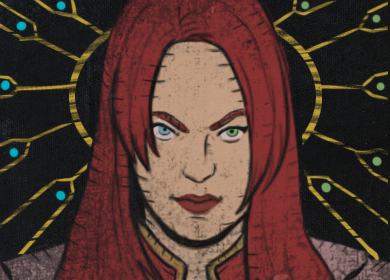 Heterochromia2Two-Stone RingBlack and White, Silver and Gold
Let us see the world Unfold
Red and Blue, Yellow and Green
Let us remake it in colours Unseen

Berek's GripBerek's Grip
Two-Stone RingRequires Level 20+(12-16)% to Cold and Lightning Resistances(25-30)% increased Cold Damage
Adds 1 to (50-70) Lightning Damage to Spells and Attacks
+(30-40) to maximum Life
1% of Damage Leeched as Life against Shocked Enemies
1% of Damage Leeched as Energy Shield against Frozen Enemies"Berek hid from Storm's lightning wrath
In the embrace of oblivious Frost
Repelled by ice, blinded by blizzards
Storm raged in vain
While Berek slept."
- Berek and the Untamed

, another unique two-stone ring, is added to the core drop table. Thus, when using

Trash to TreasureTrash to TreasureA blank canvas holds untold potential, but the artist's fortunate hand transforms it into a masterpiece.You will turn a normal item into a unique item with a single Chance Orb.Right-click to add this prophecy to your character.Seal Cost:
1x

Call of the Brotherhood has a legacy variant.