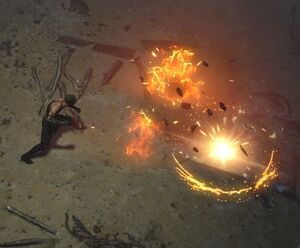 Explosive Trap is a spell that throws a trap that creates multiple explosions when triggered. It deals physical damage that's converted to fire damage.