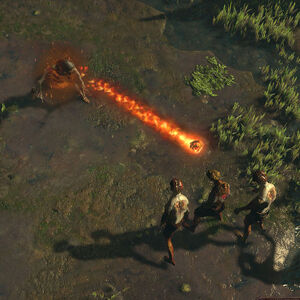 Fireball is a spell that fires a projectile, dealing fire damage with an increased chance to

In addition, Fireball is the starting skill gem for Witch. It drops after killing the first monster of the game, Hungry Corpse.