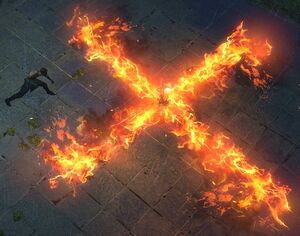 Flamethrower Trap is a spell that throws a trap when activated, summons a rotating pillar of flame, rapidly dealing fire damage to enemies touching it.