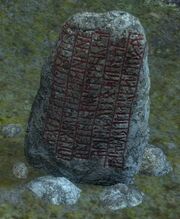 You can take a wolf from the forest. You can collar him, chain him. You can starve him, beat him until he whimpers and bows down. Yet, is that wolf a dog?

A man is only a slave when he allows his heart and his mind to be conquered. When he comes to believe that his life is no longer his own. When he chooses to cast his eyes forever to the ground.

Like a king that chooses to press his lips to the feet of an emperor. A king that looks to his goblet and his plate, feasting and fattening while his people starve in their own streets.

Some might say that I should bear the guilt of regicide. That I killed the King of the Ezomytes. Yes, I served King Skothe his last meal, for I saw no king at that table.

The colours and banners of a hundred clans, scattered like the wildflowers of spring across the meadows of Glargarryn. Thousands of men and women, starving, poor, armed with rusted hatchets and hunting bows, looking across that field, with the courage of desperation, at the imperial legion arrayed against them.

Soldiers gleaming in bronze and steel. Trained and hardened men. Their polished shields forming a wall of discipline and determination against the advances of my motley rabble.

We crashed against that legion like waves upon a cliff. Time and time again they repelled us. The green meadows became brown and red with the mud of toil and the blood of war. Yet what is a slave to do? Suffer the lingering death of mine and mill, or offer the gift of your life to your people in one bright and glorious moment?

For the men and women who followed me into battle, the choice was a simple one.

Three Ezomytes fell for every Eternal and still the courage of my people tore down that polished wall, severed the strong arm of the Empire with a rusted, woodsman's hatchet.

I called to the Greatwolf to aid me, to give me the scent of that fleeing fox. Though the hunt was swift, I took the time to ensure that Gaius felt some small measure of the suffering he had inflicted before I answered his plea for mercy.

The Greatwolf has forced me to forget who I was... and has taught me to be so much more.

The fervour of the First Ones remains, bound by the druids into fetishes of tooth and bone, skin and claw. I know where these potent talismans have been strewn. I have their scent.

I shall pursue the thieves of our ancient heritage. I shall wrest our First Ones from the clutching and the corrupted lest they feel and grow fecund on power not their own. Power I must have, must wield, in the name of all that is Ezomyr to come.

And so the endless hunt beings.