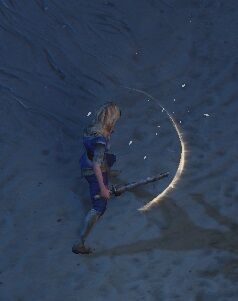 Onslaught Support is a support gem that grants a chance to gain the Onslaught buff when you kill an enemy or hit a rare or unique enemy with the supported skill.

Onslaught requires the player to kill while dealing a hit. Damage over time will not trigger the buff.[1]

In addition, the Large Chest in The Twilight Strand (Act 1) contains this gem, if the player selects Scion as the character.

The following modifiers are related to Onslaught Support: