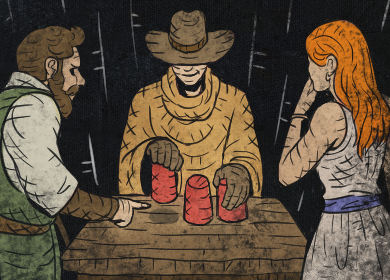 Prejudice7Item
Influenced ItemOne who is blinded by their past may
only see a sliver of the present.Acquisition
Area level: 68
This card drops in Redeemer-influenced maps.Vendor Offer
1x Scroll FragmentMetadata
Item class: Divination Card
Metadata ID: Metadata/Items/DivinationCards/DivinationCardPrejudice

Prejudice is a divination card. A set of seven can be exchanged for a random unique influenced item.

This card drops in Redeemer-influenced maps. Other sources of divination card, such as Legion encounter with divination card reward type, can bypass this restriction.