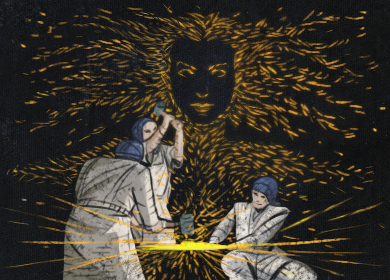 This page is about the divination card. For the prophecy of the same name, see

RebirthRebirthAn ordinary life, an ordinary death, marked by an extraordinary rebirth.You will slay a normal foe, who will be resurrected and granted new power.Right-click to add this prophecy to your character.Seal Cost:
2x

Rebirth is a divination card. A set of twenty-seven can be exchanged for a unique

"Drops from: *most core zones in parts 1 and 2* (nothing sealed like the belly of the beast or otherworldly like Maligaro's Sanctum. Basically, anywhere ‘in’ Wraeclast.)"[1]

The card drops from "anywhere", or from Headmistress Braeta, the boss of

This item can be acquired from the following monsters: