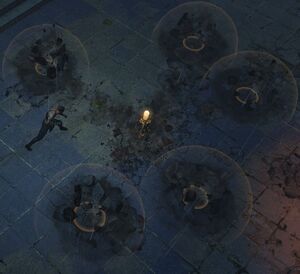 Seismic Trap is a spell skill that throws a trap when activated, releases multiple shockwaves that deal physical damage for its duration.