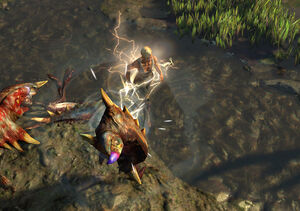 Static Strike is a melee strike attack skill that builds up static energy on you whenever you strike an enemy, rapidly dealing damage to nearby enemies while you have energy stored.