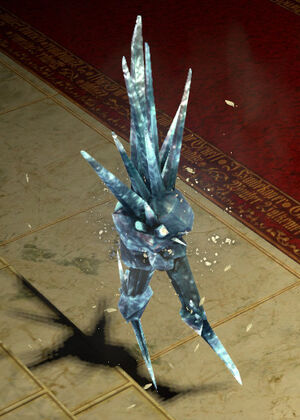 For the monster version of the Ice Golem, see Icy Manifestation.

Summon Ice Golem is a minion spell, summoning a Golem that grants the player increased Critical Strike Chance and Accuracy while active. The Ice Golem can use a barrage of icy spikes and a chilling spinning dash that leaves chilled ground in addition to its melee attack.