Just drop it from a delve chest behind wall. Not sure it is the chest drop league-specific item or the 3.14 change. Anyone else have this ring drop in map from non-boss? Neokowloon (talk) 14:57, 20 April 2021 (UTC)

I had it drop from Riftwalker, boss of

Laboratory MapLaboratory MapMap Level: 70
Map Tier: 3
Guild Character: ÄMy last waking moments looked very much like this place... I miss it. I miss her.Travel to this Map by using it in a personal Map Device. Maps can only be used once.

from another Delve chest behind wall, thus i believe may be most (or may be all) league specific world drop are added to core drop table, or may be Delve always has such chest? Neokowloon (talk)

According to the video Shaper Guardian item also added to the drop pool as well. Just find a 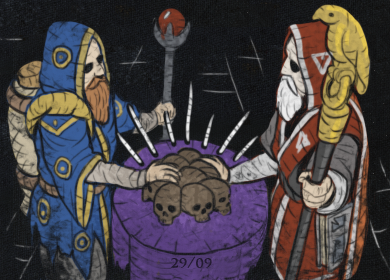