View source
This page is about the divination card. For the unique monster, see The Brittle Emperor (unique monster). 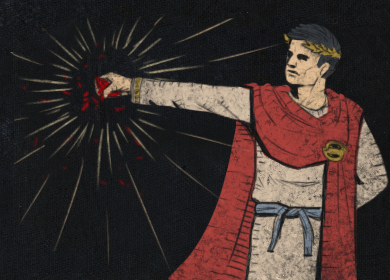 The Brittle Emperor is a divination card. A set of eight can be exchanged for a corrupted

Voll's DevotionVoll's Devotion
Agate AmuletRequires Level 32+(16-24) to Strength and Intelligence+(20-30) to maximum Energy Shield
+(30-40) to maximum Life
+(15-20)% to all Elemental Resistances
30% reduced Endurance Charge Duration
30% reduced Power Charge Duration
Gain an Endurance Charge when you lose a Power Charge"We are the soldiers of Faith, armoured in devotion.
Let the sinners come, for we - the Pure - shall endure!"
- Voll of Thebrus, at the Battle of the Bridge

Can drop from Voll, Emperor of Purity, or map variant The Brittle Emperor.

The Brittle Emperor was created by supporter Khepresh.[citation needed]