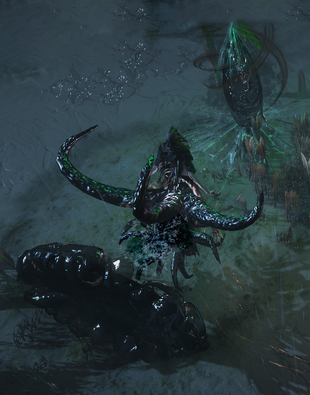 The Elder empowers The Constrictor who hatches from the black egg.

Defeating The Constrictor has a high chance of dropping the

The Constrictor uses the following attacks: