The Grand Arena is an area in Act 4. It has a waypoint and is connected to Daresso's Dream. 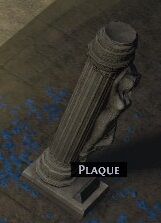 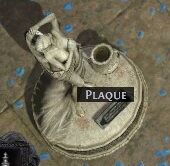 The player finds here, divided into three parts of the story of the Daresso, from the time when he found himself on The Grand Arena, for the wedding of the Merveil.

At age thirteen, carving knife in hand, I killed beast for
the amusement of the filthy. At fifteen, they thought
me worthy to fight a fellow man.

A butcher he was, twice as big and twice as stupid as I.
I butchered the butcher and many like him, earned my
way, kill by kill, out of the offal pit and into the Grand
Arena.

I thought I would find wealth and glory in the arena. I
was wrong. I found something far more precious. My
Lady Merveil.

I knelt in the sand of the Grand Arena, awaiting the
killing blow. I rise my eyes to look upon my death.

Instead, I saw her. Merveil. Her beautiful eyes met
mine, and I knew that she saw me too. I turned my
opponent's strike and killed the man with his own
dagger.

Fighting had always been about survival. The primal
instinct to kill or be killed. Now the fight became
about something else. Love.

The previous King of Swords was a giant of a man, both
faster and stronger than I. Yet I needed only look up at
my Lady Merveil to know that I had no choice. I could
not die this day.

I maade him shiver under every parry, striking with all
my might, so that my arms felt they might snap with
every impact. All the while, I studied his face, watching
for that moment when he bagan to doubt. It took an
hour, but finally it was there.

Burning with pain, empty with exhaustion, I stepped
inside his faltering swing and I slit the giant's throat.

I did not make my victory bow. I knelt in the sand,
looked to Merveil, and cried out for my Lady's hand in
marriage.

From that day forth, I wore the Crown of Swords upon
my head and a ring of eternal love upon my finger.