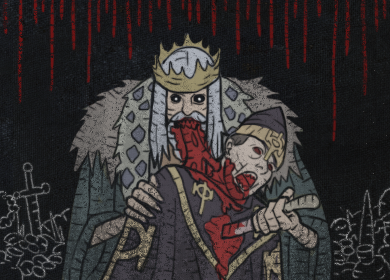 The Mad King is a divination card. A set of seven can be exchanged for

The King's PathThe King's PathMadness feeds the King's fury in the raging mouth of the volcano. His last vision will be a sign.You will defeat Kaom while holding Kaom's Sign.Right-click to add this prophecy to your character.Seal Cost:
1x