View source
This page is about the loot container. For the hideout decoration, see Vaal Vessel (Decoration).

A Vaal Vessel is a loot container found near the boss in all vaal side areas. It can only be opened after the boss has been defeated. It always contains Vaal Skill Gems or Vaal Fragments. Sometimes it contains corrupted gear.

A unique version, Atziri's Vessel, can be found in the

Vaults of AtziriVaults of Atziri
Vaal Pyramid MapMap Level: 79
Map Tier: 12
Guild Character: gChests have (2500-3500)% increased Item Rarity
Area contains no monsters
Chest drop scaling is disabled. (Hidden)
Found Items have a (20-40)% chance to drop Corrupted in Area"Should I depart this mortal coil,
so shall all of my treasures."
- Atziri, Queen of the VaalTravel to this Map by using it in the Templar Laboratory or a personal Map Device. Maps can only be used once.

map. Opening it will complete the map objective and it will drop multiple Sacrifice Fragments or Vaal Skill Gems.

According to Chris,[1] the base spawn rate of loot is as follow:

However, this does not take into account on the introduction of 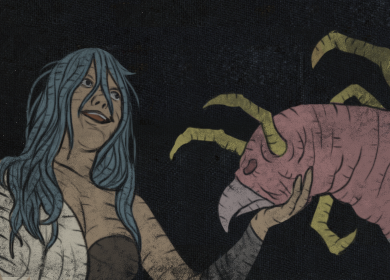 Depends on the modifiers of the vaal side area (in spawn weight table known as "secret_area"), there are additional loots from the vessel. It has a chance to drop the divination card

(does not require the mod mentioned below) as well as other cards that give corrupted items if the area has of Divinationof Divination
Suffix
10% increased Quantity of Items found in this Area
Found Items have a (1-3)% chance to drop Corrupted in Area
Area contains 1 additional pack of Corrupted Vaal Monsters
Vaal Vessel contains (1-3) additional Divination Cards that give Corrupted Items mod.